We’re French and American and, after twelve years of living in Eddy’s hometown of Grenoble, France, we moved (back) to Kelly’s (adopted) hometown of Seattle, Washington, USA in July, 2012. As the title of the blog suggests, we have three kids: Jonah, Owen and Kate. We also have four cats, Maggie Mae, Max, Harry, and Sam, and one dog, Penelope, otherwise known by the official title of The Best Dog Ever. Eddy is a musician and recovering IT systems administrator; I (Kelly) love my job in digital marketing for one of Seattle’s largest software companies (and fleshing out sentences by adding parenthetical clauses). 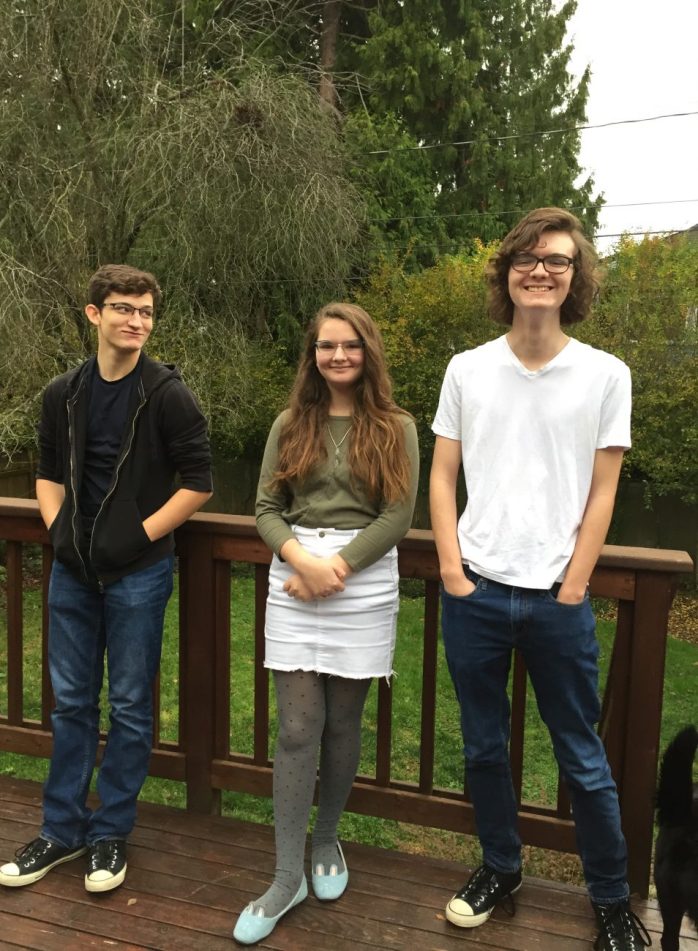 This blog is a rather sporadic chronicle of our life as a family of five, mostly so that I (Kelly) can use it as a source when the kids ask me to tell them about When They Were Young. I started this blog when pregnant with Kate as a way to update our friends and family on our goings on…it was only the very start of the adventure!