On day seven, they rested…or not!

We started off the day being sorely disappointed by the performance of the French team in the World Cup. Eddy no longer has a team to root for (does this mean he will no longer watch the games…only time will tell!), seeing as how both France and America have been disqualified. While I packed the car (and he stared disheartedly at the TV), Grandpa and Aunt Carol took the kids out for brunch.

We then drove to the next hotel, near LAX, and checked in before heading off to Uncle Steve and Aunt Elaine’s house for an afternoon and evening hanging out. It’s a shame the cousins don’t get along…! Kate stayed glued to Stephanie for about 10 hours, while Jonah and Owen played a lot of ping pong with various combinations of Ryan, Danny and John. Eddy and I also got to chance to talk with everybody, including my Uncle Dave and Aunt Magi and cousin Melissa. 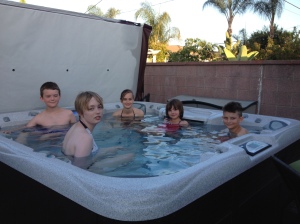 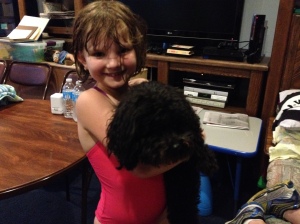 We got back to the hotel before the fireworks started, and everyone was tucked into bed about nine! We’re pooped. 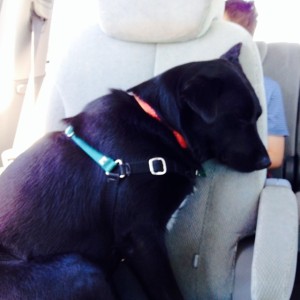