One of the best benefits of my work (besides learning a ton, meeting great people, being forced to navigate through uncomfortable situations and making lots of money) is the opportunity to travel. Shortly after joining my new team I was able to join a team trip to Singapore and Tokyo. Before this trip neither place was on my Must See Trip List but, boy, am I glad I went and do I ever want to go back!

Singapore was incredibly hot and humid but all that moisture in the air made for glorious gardens. We saw orchids growing in mass flower beds outside buildings, ferns hanging off balconies on 30 story buildings and massive bougainvillea all over the place. For being such a relatively small and densely populated country the government has done an amazing, intentional, job of protecting and expanding the green open spaces within the city.

The international influence, historical and present day, is also strong and I don’t think over ever felt so comfortable in my differenceness right off the bat in a foreign country. Although there are distinct neighborhoods of Indians, Malay, Chinese etc, they felt very cohesive. English being the official second language was also a strong element in international acceptance- everyone Has an accent. Admittedly I was only in the country for three days, which is way to short a time to truly comprehend the massive historical, geopolitical and religious influences on the country, but I have had enough “first few days spent in a country” experiences to be able to do an apples to apples comparison.

As much as I enjoyed Singapore, I adored Japan. What’s not to adore about a country that loves food, cats and French people? I was surprised at how much I liked it. Before Eddy and I got married, when I was still in Seattle finishing my ESL teaching certificate, we would discuss our future in long, expensive transatlantic phone conversations. I knew that there was a market for English teachers in Japan and so I tried to convince him to move there after we got married. He says he was onboard, I remember it differently, but either way I moved to France instead of us moving to Japan.

Tokyo– how amazing! We stayed in a very nice hotel next to the Microsoft office in a fairly swanky neighborhood. The Japan team organized some great dinners for us and we got to see a few different neighborhoods. My flight home was Sunday afternoon and so I spent Saturday and part of Sunday morning walking around the city. As I usually do, I picked a point to get to, in this case one of the older neighborhoods, and meandered there, wandered around and meandered back. I took something like 27,000 steps that day. Unlike other places I’ve traveled, it was harder to communicate as a non-native speaker (for example, the kiosks to buy train tickets didn’t even have English as an option on the screen), but I didn’t get lost and I never felt challenged or out of my depth.

I can’t wait to go back. 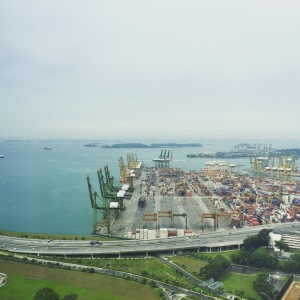 View from my hotel room window in Singapore. 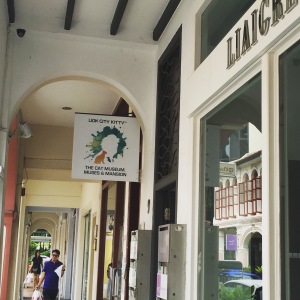 We walked by this cat “museum” (a rescue) and I had to take a picture. 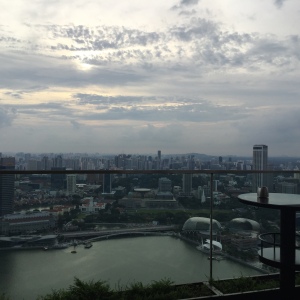 Remember that really tall building in a previous photo. Here I am at the top of it, many (many) feet back from the edge. 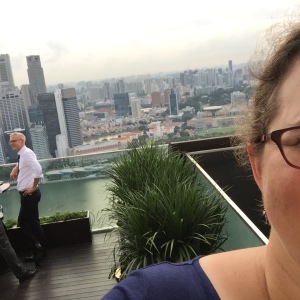 Many, many, many feet back from the edge. 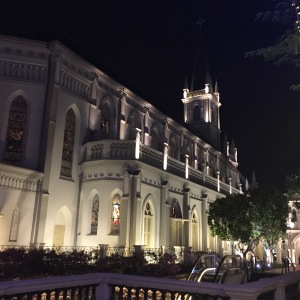 A colonial building that has been turned into a restaurant district. We had so-so Chinese food here, but the setting was beautiful.

Going up the elevator at my hotel in Tokyo.

View from my hotel room in Tokyo.

An amazing dinner the first night we were in Tokyo. We stumbled upon this little restaurant in the basement of a mall across the street from our hotel. Very unimposing, but amazing hot pot.

We had bento boxes our first day of meetings in Tokyo– this card showed what we were eating.

In one of Tokyo’s department store chain’s stationery sections. 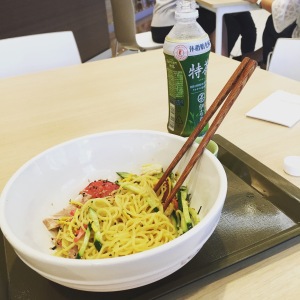 View from the meeting room. 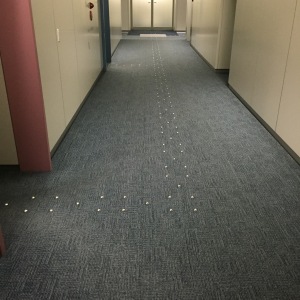 There were amazing accessibility features that I wasn’t expecting. These raised metal dots were in the Microsoft office hallways, but I also saw (felt) them embedded into the sidewalks at the train station. 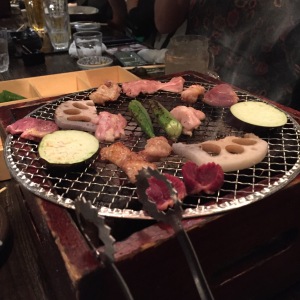 One of the team dinners– this was actually my least favorite.

Cat museums are a thing in Asia, apparently.

I walked by this temple as I was wandering around Tokyo. 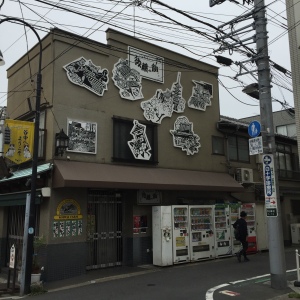 Cool building decorations in the old area of Tokyo. 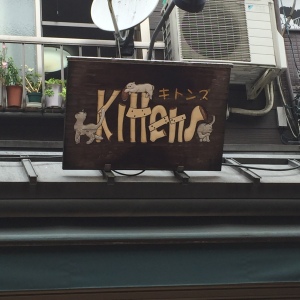 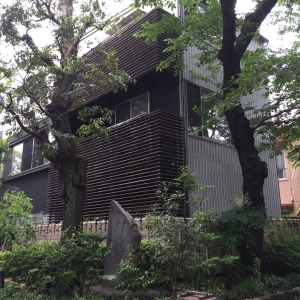 I sat for a while in this little park, next to this house.

Although there were very few dirt beds next to the sidewalks, there were flowers growing everywhere. People had masses and masses of flowers and shrubs growing in planters and pots. 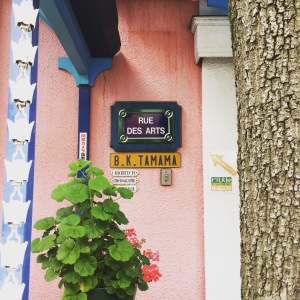 The courtyard outside the Tokyo National Museum. 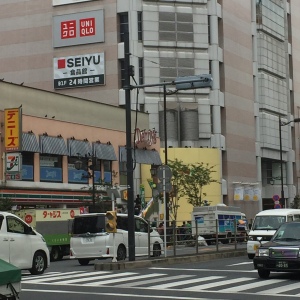 The classic crowded metro shot. We were jammed in there!

Heading back to the airport.